It’s common to hear people associate cannabis stems with low-quality bud, and you might think they’re nothing but a headache. Try saving them next time you find them, though. Whether you want some THC-kissed tea, cannabutter, hash, or even some twine or yarn, the possibilities are nearly endless if you save them and know what to do. 250  6 16 May 2020

Repurpose your cannabis stems to make the most of your crop!

If you’re not the type to grind up your stems with your bud, you’ve either got a garbage bag full of them or an impressive collection. If you’re in the former group, we’ve got some information that might make you reconsider. If you’re in the latter, though, today just might be your lucky day.

WHAT TO DO WITH YOUR MARIJUANA STEMS?

You see, those stems are a lot more than scraps to throw out when grinding your cannabis flower. In fact, if you store up enough, you can get plenty lifted off those alone. And, if you don’t want to get high, you can even give them a second life as arts and crafts items, or even mulch! How? We’ll cover the details as we go along.

The simplest solution, although it’s the least recommended, is to grind your stems up and smoke them. This is always a harsh experience, and the smoke contains many unwanted compounds from the cellulose in the stems. The cellulose also makes stems burn extremely hot—more than enough to burn your throat and lungs. Again, it is not recommended, so please be careful. Very few people do this, but for some reason, some decide to light them up.

Hash doesn’t get much more hands-on than this. To obtain charas, start by rubbing your stems between your hands. After that, rub your hands together over a container to get a whisker of hash. It won’t be much in that moment. However, work through 100 grams of stems with average THC content, and you may be impressed at what you’ve managed to gather. The end result is a multi-flavoured pile of hash that’s as old-school as it gets.

If you want to get this process started, just take your stems, break them down, and throw them into a resealable plastic bag. Place this bag in your freezer, and let it sit until you’ve got more to add. When you add to the collection, give the bag a healthy shake. Each time you shake, the now-frozen resin crystals will begin to detach from the stem fragments. Slowly but surely, you’ll build up an impressive pile at the bottom of the bag. Once you sift out the stems, you’ll have a whole bunch of kief ready to smoke!

Similarly, if you want some quality bubble hash, the first step is freezing the stems. Rather than shaking, though, you’ll be throwing these in a blender. Use the blender method recipe from our full guide to making hash—just replace “flowers” with “stems”. If you follow all the right instructions, repeating the process about 4–5 times, quality bubble hash will be in your future. 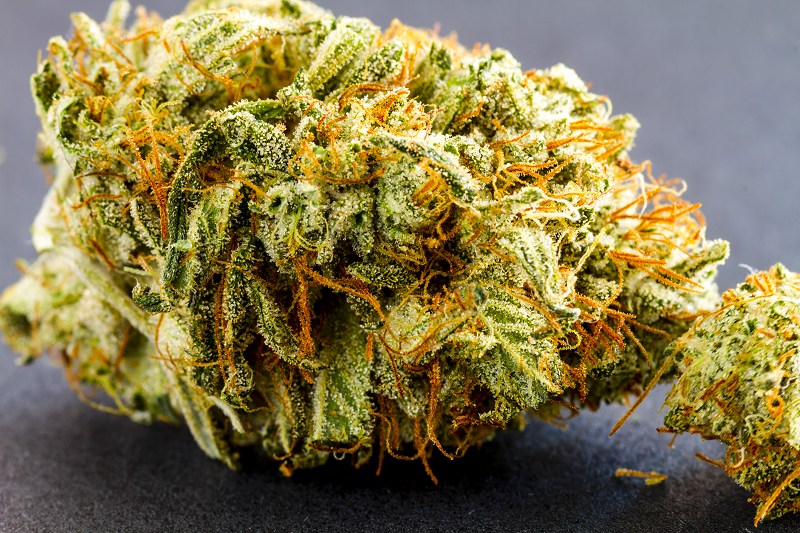 power flower strain ,A general term that refers to the smokable, trichome-covered part of a female cannabis plant. Flower is the most popular form of cannabis due to its versatility, offering numerous consumption methods, such as being smoked using a pipe or bong, or by rolling it in a joint or blunt.

“This Sour Diesel flower is the dankest sticky I’ve ever handled.”

“The dispensary down the street is known for its fire flower: each nug feels like a sticky, heaven-sent cloud in your palm.”

As noted above, cannabis Flower refers to the smokable section of the cannabis plant, also known as nuggets, nugs, or bud. In the common parlance of combusting cannabis, users grind Flower before smoking, packing, or decarbing it as ground cannabis burns more evenly and can be much more easily manipulated, be it in a bowl or measured in a cup and poured onto a baking sheet.

Cannabis that is purchased at a dispensary is known as loose Flower, that is, flowers purchased on their own are loose from the cannabis plant itself. Users aren’t purchasing stems, leaves, or seeds — just Flower.

The other form of non-combusted Flower available for purchase comes in cylindrical or conelike marijuana cigarettes known as joints, prerolls or blunts. With these products, producers gather ground cannabis and roll it into prerolls to offer consumers a high-quality combusting experience with the utmost convenience — the grinding, rolling, packing, and wrapping have been expertly done for you. The quality of prerolls can vary, but as cannabis competition widens, less and less will be stuffed with low-quality bud, stems, and leaves. But as with any product, the scale of quality ranges from terrible to mind-bending. Some prerolls are packed with top-quality cannabis, shot through with grade-A Wax, dipped in potent cannabis oil, and sprinkled with kief. Your mileage will var

A litany of slang terms encompasses the cannabis Flower, including nug, bud, and herb. Cannabis is known for its variety of slang terminology. Nug, for example, is short for nuggets, which refers to the chunks of cannabis flower that one grinds before combusting, while bud and herb can be used interchangeably to refer to nugs, the cannabis plant, or even joints and blunts. Every cannabis slang term hails from one corner of the world or another, shading each with a hint of specificity. To learn more about individual terms, peruse this extensive collection.

Private reserve is a title exclusively used to describe the best available stuff. It often carries with it the connotation that its dispensary is responsible for its cultivation and harvest. Just as homemade food is often the best, private reserve flower holds similar esteem and gravitas.

Joints and blunts are the most commonly utilized methods of smoking. The benefits of rolling a joint or blunt are manifold and range from convenient to communicative; that is, grinders, papers, blunt wraps, and crutches can be purchased online or found in local dispensaries. Further, the act of smoking either of these forms of cannabis is universally recognized across the globe. “Puff, puff, pass,” the saying goes.

Bubblers, Chillums, Spoons, Steamrollers, and Gandalf Pipes: pipes and bongs blend the communicativeness of joints and blunts while providing users with a constant and reusable method of combustion. Pipes are the least fussy method of smoking, making them perfect for travel or discreet use: grind the cannabis, pack it into the bowl, and light up. Most Pipes are made of glass, but some are ceramic, metal, wooden, or silicone.

Bongs function similarly in that they offer users a readily usable method of indulgence; users need only grind their cannabis, pack the bowl, fill the bong with water or ice, and rip. Bongs come in as many shapes as there are colors under the sun and, just like pipes, the materials range from glass to plastic, ceramics, bamboo, metal, and silicone. Bongs also stand as another easily recognizable symbol of cannabis that transcends borders, both geographical and linguistic.

It’s also worth understanding that cannabis users tend to flex their engineering creativity, so impromptu bongs can often be constructed with materials at hand, including fresh apples and empty water bottles.

Vaporizing has become one of the most popular go-to methods for consuming cannabis. Just like joint and blunt materials or pipes and bongs themselves, Vaporizers can be purchased online or at any local dispensary. However, while the aforementioned smoking methods involve combustion, vaporizers utilize vaporization to activate cannabinoids. Vaporization is considered to be a less harsh method of consumption when compared to combustion. Loose leaf or extracted material is heated just enough to release its key ingredients in vapor form, which prevents users from inhaling combusted material.

By and large, Vaporizers utilize two different methods of heating to allow for cannabis use: conduction and convection. Conductive Vaporizers juxtapose the cannabis with a heating element to release vapor. Vaporizers that utilize the convection method heat air and then pass it through the cannabis to minimize the chances of combustion while maximizing users’ control over temperature adjustments. Convection results in a smoother hit but is often only found in more expensive vaporizers.